The story of the Cheng Yu Tung East Asian Library (鄭裕彤東亞圖書館) begins with a collection of rare materials from China. In 1933, the Rev. William C. White, former Anglican Bishop of Henan, China, heard of a fine Chinese library for sale. It consisted of about 40,000 volumes collected by Mr. Mu Xuexun (慕學勛; Mu Hsüeh-hsün in Wade-Giles romanization) (1880-1929), a scholar and the former secretary at the German Legation in Beijing. Bishop White immediately put in an offer, which was accepted. Then Bishop White, Dr. Sigmund Samuel, Sir Robert Mond, and Professor John C. Ferguson put together a donation for the purchase of the library. The Mu Collection (慕氏藏書) was catalogued in Beijing and reached Toronto in 1935. This marked the beginning of the Chinese collection at the University of Toronto. 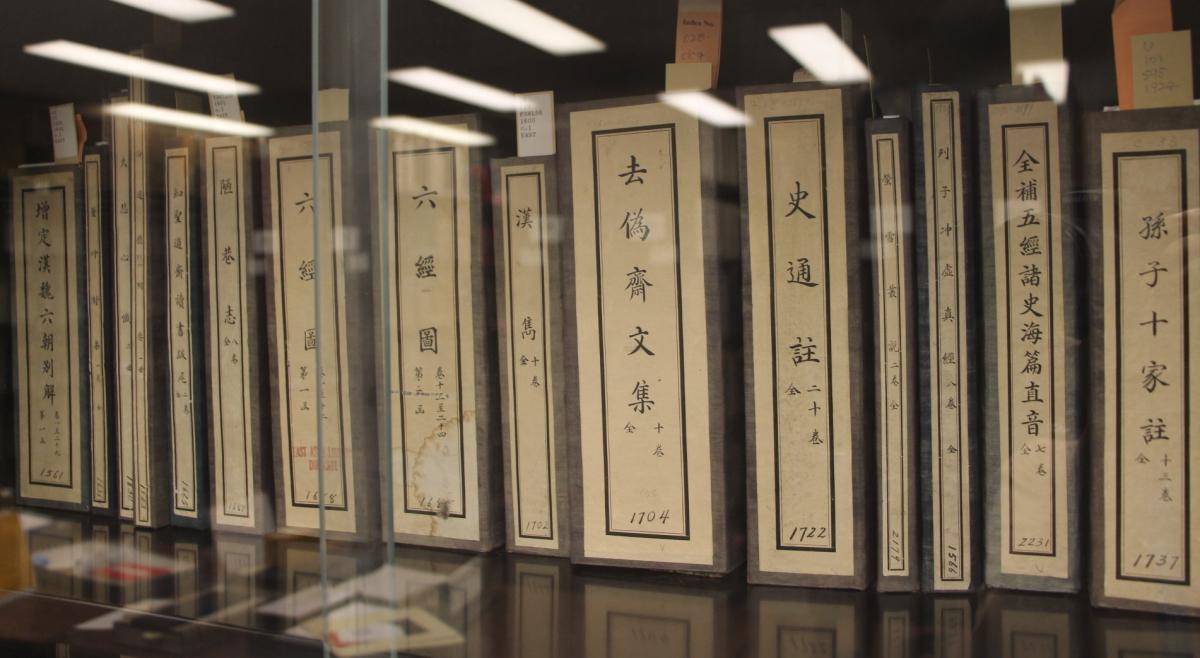 In the 1950s, large grants were obtained from the Carnegie Corporation and Mellon Foundation to further develop and expand the collection. In 1961, the library with its integrated collection holdings totalling 60,000 volumes, became the University of Toronto’s East Asiatic Studies Library, and Raymond Chu became the first librarian in charge of the library.

In the same year, the foundations of the Japanese collection were laid with the help of a $5,000 grant from the Canada Council. The Donner Canadian Foundation also donated $20,000 for the further development and strengthening of the Japanese collection. Through the Dealers Selection Order System, the library was also able to acquire all new books published in Japan that were important to teaching and research at the University. In 1974, the library moved to its current location on the 8th floor of the John P. Robarts Library building and became part of the University of Toronto Central Library System. Anna U was appointed Head of the library and she then renamed it the East Asian Library.

In 1979, the library’s Korean collection was established with the generous support of a grant from the Korean Research Foundation in Seoul, Korea. As Korean programs at the University expanded, the collection was also enlarged. In the late 1980s, the Foundation for the Support of Korean Studies at the University of Toronto pledged a total of $100,000 to assist the library in more active acquisition of Korean research materials.

As the library grew and expanded at great speed, space and facilities for consultation and service became inadequate. In 1987, Dr. Cheng Yu-tung donated 1.5 million dollars targeted for the expansion and renovation of a new East Asian Library. Work to expand space and improve library facilities began in June 1990, and renovations were completed in the spring of 1991. 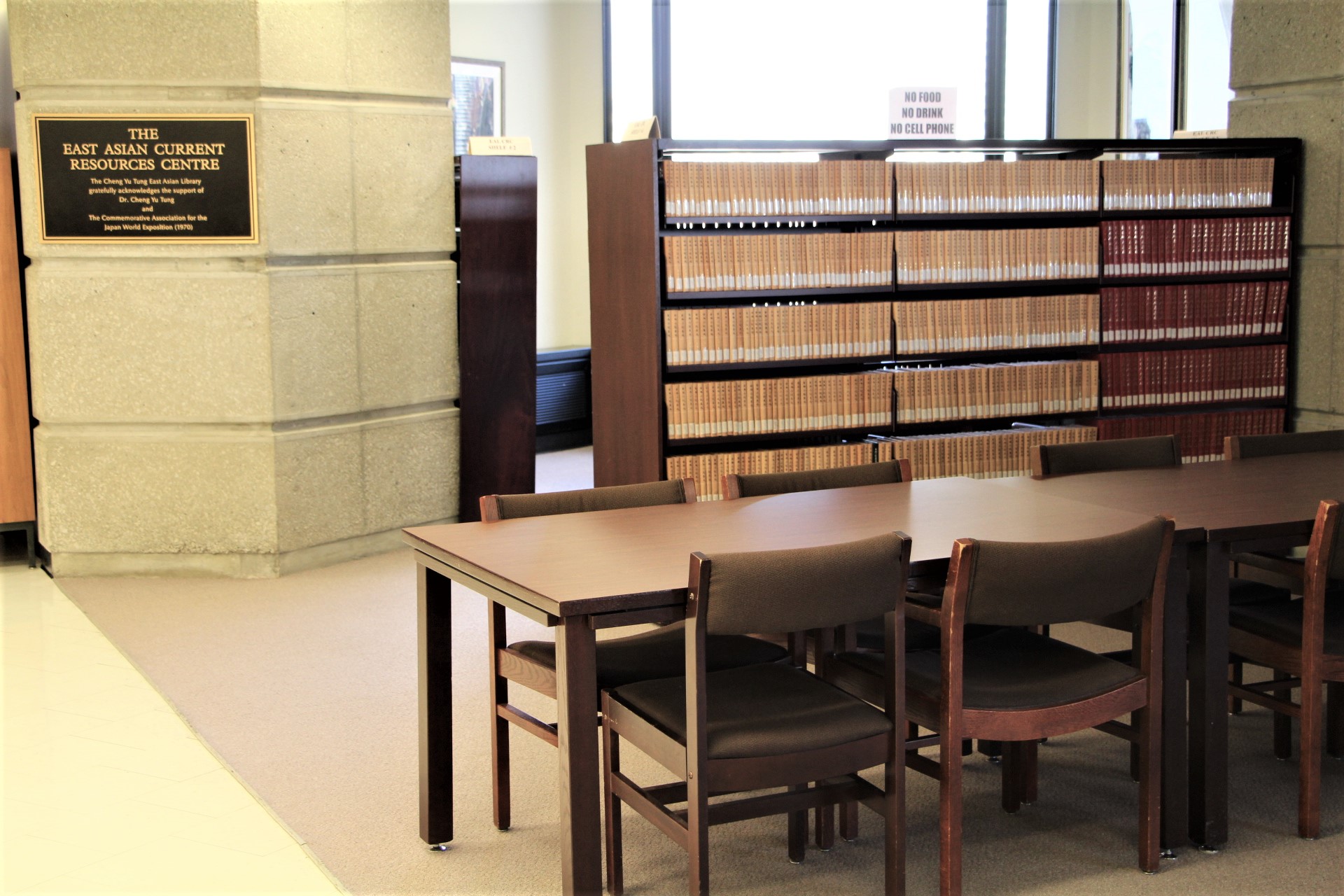 In 1996, with remaining funds from the previous Cheng Yu Tung donation as well as a gift from the Japan World Exposition Commemorative Fund, the library began work on the East Asian Current Resources Centre to house serials and other current resources. It was completed in 1998.

In 1997, following extensive negotiations by the East Asian Library, the small and elite North American Korean Collection Consortium accepted the Cheng Yu Tung Library as the only Canadian library in its North American consortium. Membership in its cooperative acquisition program, sponsored by the Korea Foundation, has enabled the library to acquire many rich resources needed to support special areas of Korean Studies scholarship.

Supporting Research and Learning through Technology

Since 1990, the library has seen many developments in technological innovation. The automated catalogue replaced the library’s card catalogue in 1990. In 1992, loan services became automated. In 1994, as part of the library’s major multi-year planning, public catalogue terminals were replaced by PCs to support not only access to bibliographic catalogue information, but also email, communication, and web browsing. In 1996, the East Asian web library was created and was later expanded to include web-based services and many electronic and internet resources.

In 1999, an experimental laboratory facility to support the reading and writing of East Asian scripts in email and word processing was installed in the Current Resources Centre. Six computers were installed to support faculty and students using CJK scripts in electronic communication and research. They were also used for library teaching and instructional activities. In 2001, EASIC (East Asian Studies Internet Courseware) was developed with the help of the University’s technology initiative funding award. Since then, technology-related aspects of teaching and learning of East Asian Studies have been greatly facilitated.

At the same time, spearheaded by the Research Libraries Group Pinyin Conversion Project, North American East Asian libraries made a collective decision to transition from the antiquated Wade-Giles romanization system for Chinese to the globally-accessible Pinyin system in their RLIN union cataloguing database. This historic step forward has helped to increase international library cooperation and support for Chinese Studies scholarship. The UTL’s local Pinyin conversion began in 2004, and will continue until all records in the local system have been converted.

In 2005, LG Electronics, a privately owned corporation, donated US$27,000 to help the Library begin an endowment for the development of its Korean electronic resources collection. This generous act was significant in enabling the library to supporting the fast-growing program of Korean Studies at the University.

In 2014-2015, the East Asian Library underwent further renovations (Phase 1) to a portion of its main entrance area, including Loan and Reference Services. From 2019-2021, under the leadership of East Asian Library director, Hana Kim, the library undertook additional renovations (Phase 2) to expand its role and visibility and increase its profile at the University of Toronto and beyond. The renovations increased library capacity, enhanced student study and learning engagement spaces, and created flexible spaces with upgraded technological infrastructure. 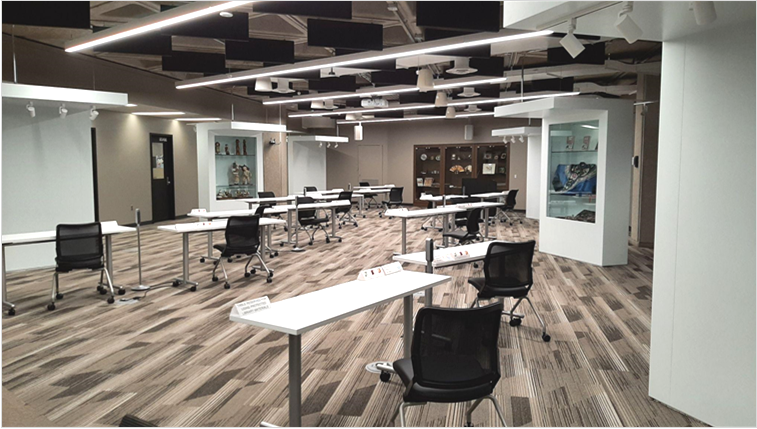 Near the entrance of the library, the new public event and learning space has been designed to enhance student study and learning spaces and foster community engagement. The space will be used to host library events showcasing campus learning and research and our international collaborations and support collaborative and independent learning for a range of learning and teaching needs.

To support evolving technological needs, select carrels and workspaces throughout the library have been updated with electrical outlets. For teaching and working in large groups, our Seminar Room 8051 has also been transformed with flexible space configuration and technological enhancements to encourage innovation and collaboration among peers.

In 2021, the Cheng Yu Tung East Asian Library Resources Access Grant Program Amid the COVID-19 Pandemic was begun as a pilot program designed in response to the COVID-19 pandemic, which had restricted access to library collections. Continuing in 2021-2022, this program aims to support faculty and doctoral students in the field of East Asian Studies in Canada in conducting their research by providing the selected grantees with access to the East Asian Library's East Asian Studies electronic resources.