Since its first project in 2004 to digitize collections of Toronto Korean-language newspapers, the East Asian Library has continued to develop its collections and provide the University of Toronto community with access to digital resources on East Asian Studies and Asian Canadian Studies. 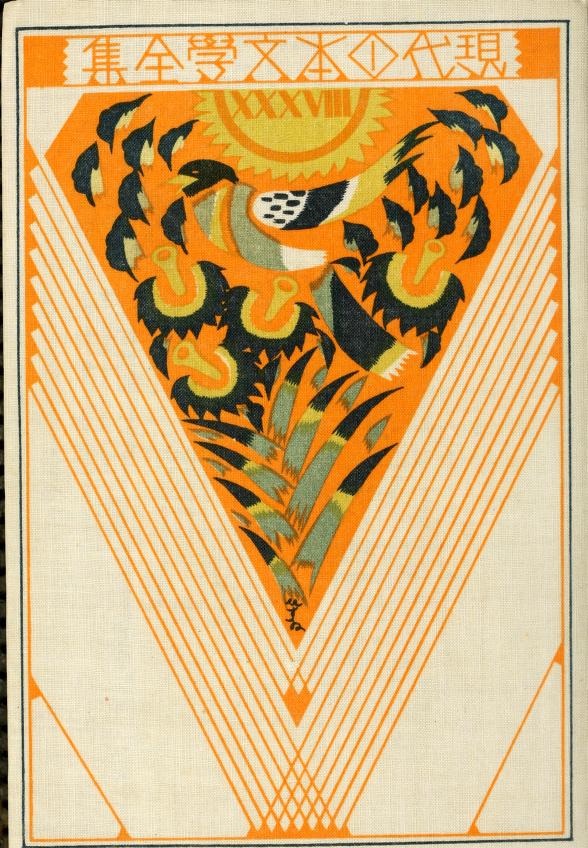 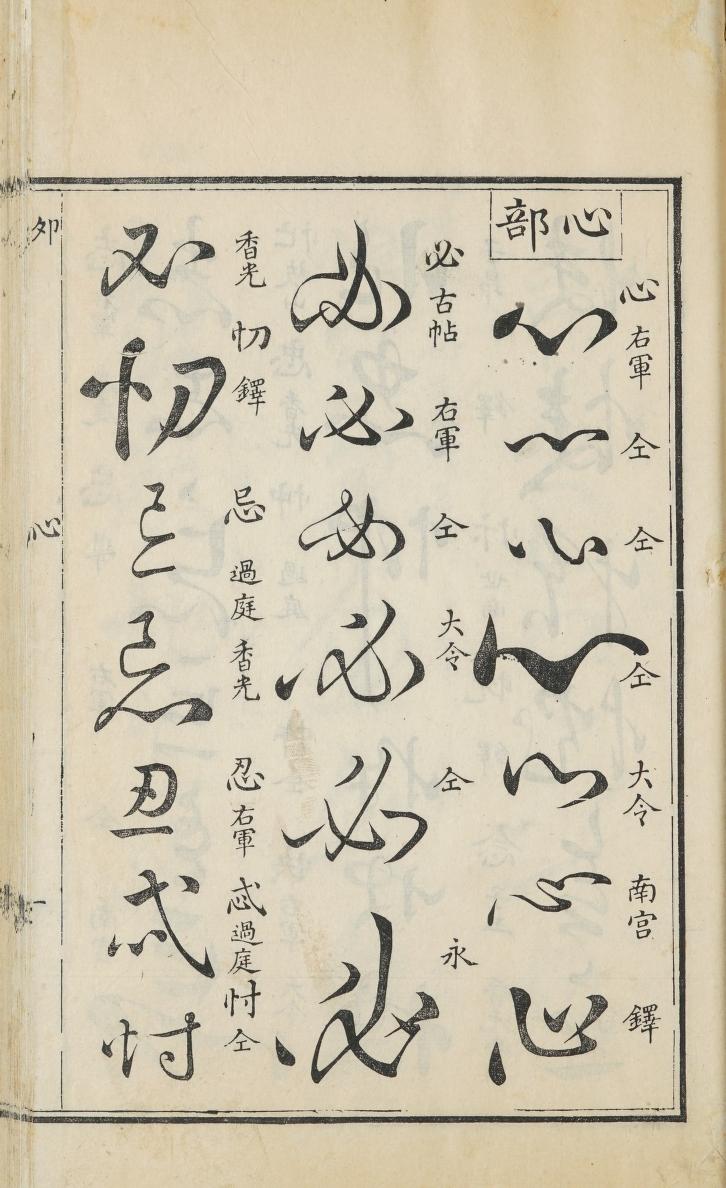 In 2014, the East Asian Library received funding from the National Central Library of Taiwan for an international collaboration on a digitization project. The project consisted of 227 titles and 2,097 physical volumes of Chinese rare books from our Mu Collection, and included Song, Ming and Qing Dynasty editions. With support from the University of Toronto Libraries Office of the Chief Librarian, in 2021, a further 296 rare books were digitized and uploaded, with many items included from the East Asian Library's Mu Collection. 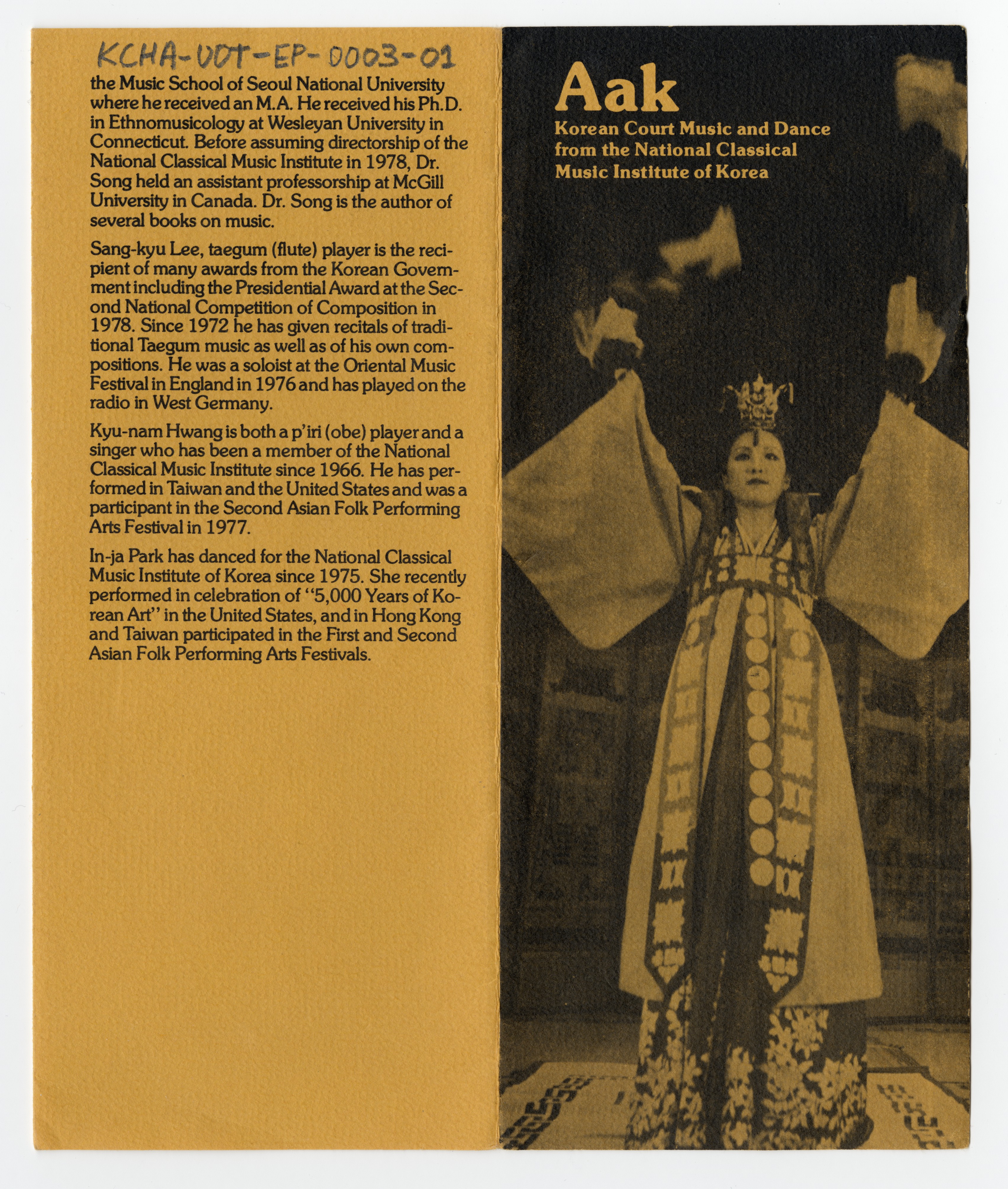 A nationwide online searchable database, the Korean Canadian Heritage Archives Project was developed in collaboration with the University of British Columbia Asian Library to provide access to information about resources relating to Korean Canadian history and culture. Select materials that are described in the database have also been digitized, with permissions from copyright holders. 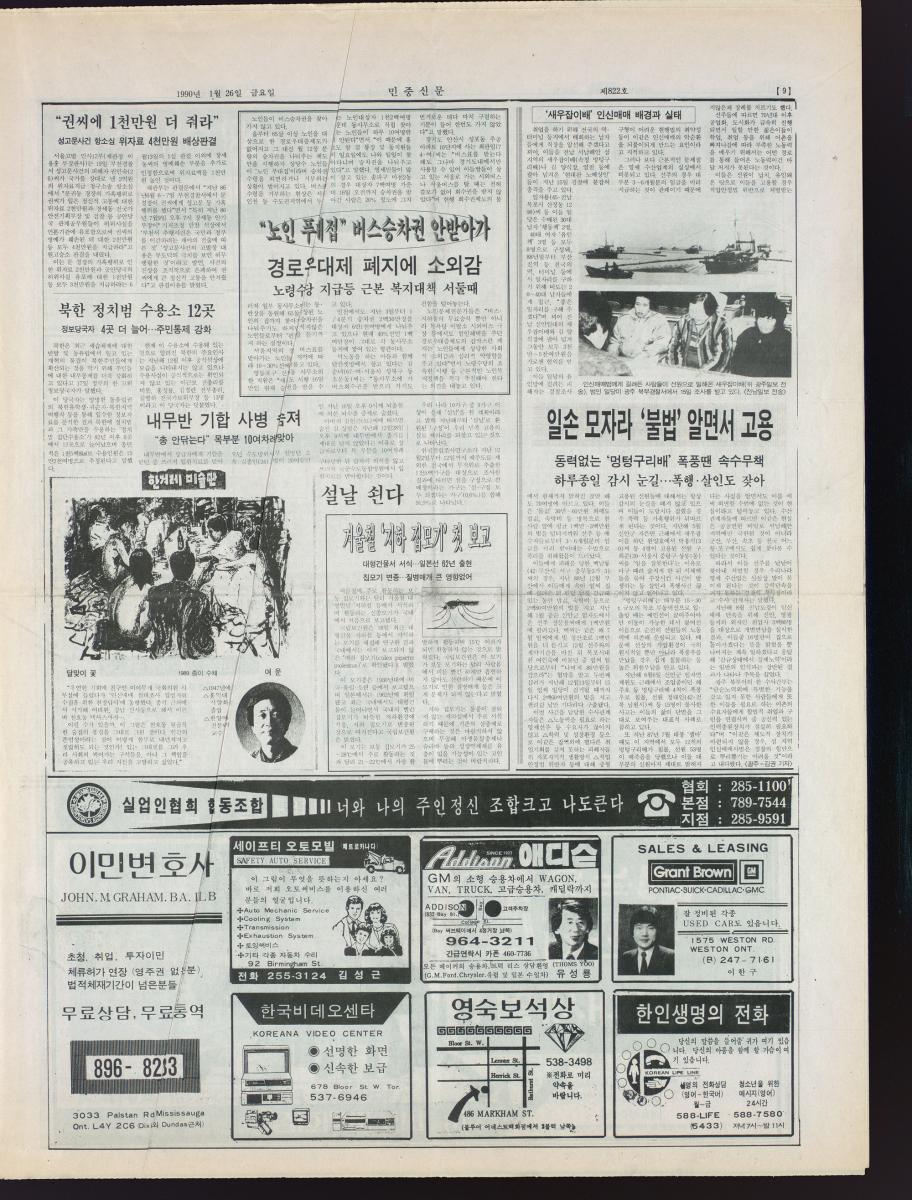 Two newspaper collections in the East Asian Library holdings were digitized in 2004 as part of a National Institute of Korean History project from 2001-2006. The Minjoong Shinmoon and The New Korea Times newspapers provide important information on the evolution of Korean politics in North and South Korea and the development of Toronto's Korean immigrant community. 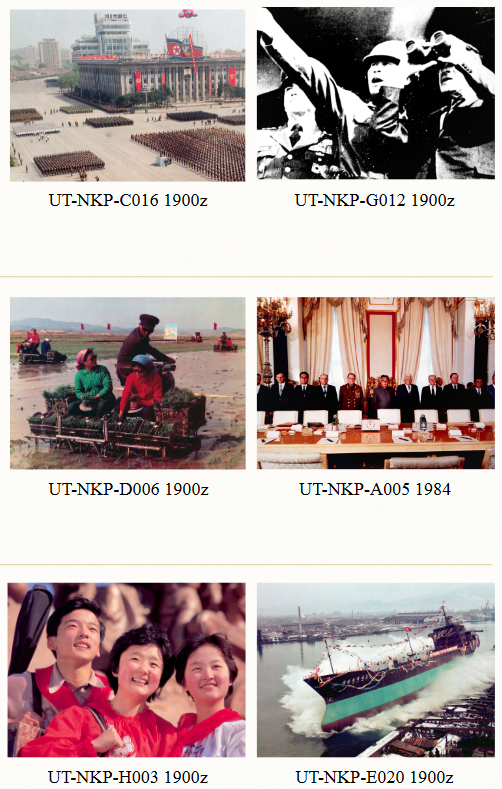 Donated in 2002, the North Korean Photograph Collection of 153 oversized print photographs was digitized by the East Asian Library from 2005-2008. Items are organized into 8 thematic sets and the full extent of the collection is described in our online finding aid. Due to copyright restrictions, an active UTORid is required to view the collection in FADIS. 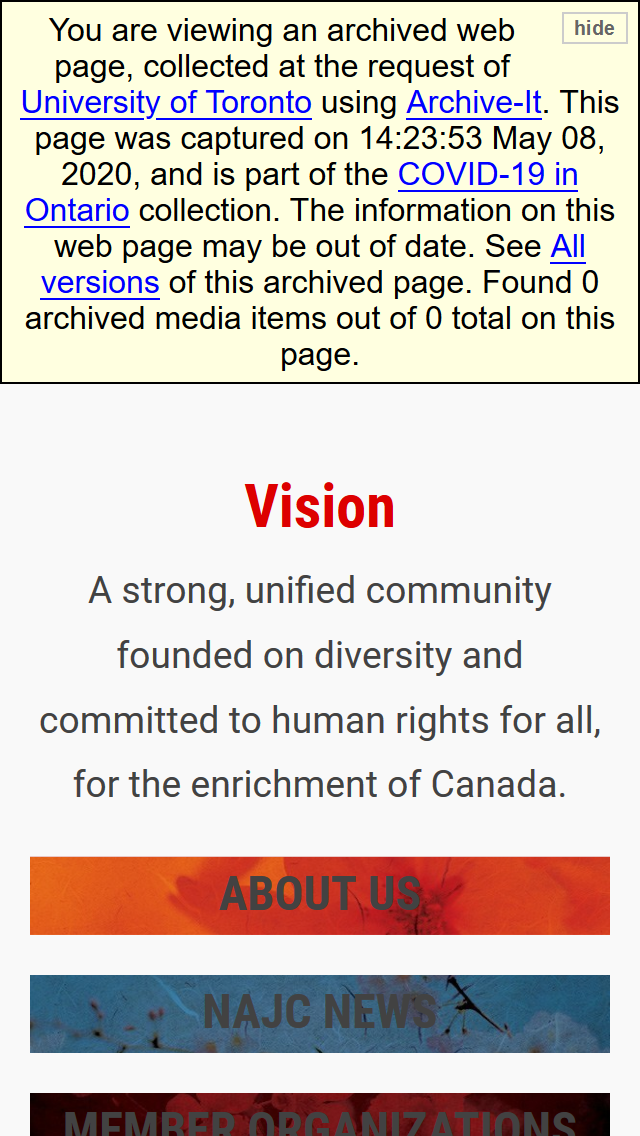 The University of Toronto Libraries has created a web archive of over 1,500 websites as primary source materials for future research and study of local experiences and responses during the COVID-19 pandemic in Toronto. The East Asian Library contributed to locating websites and pages relating to Asian Canadian community actions. 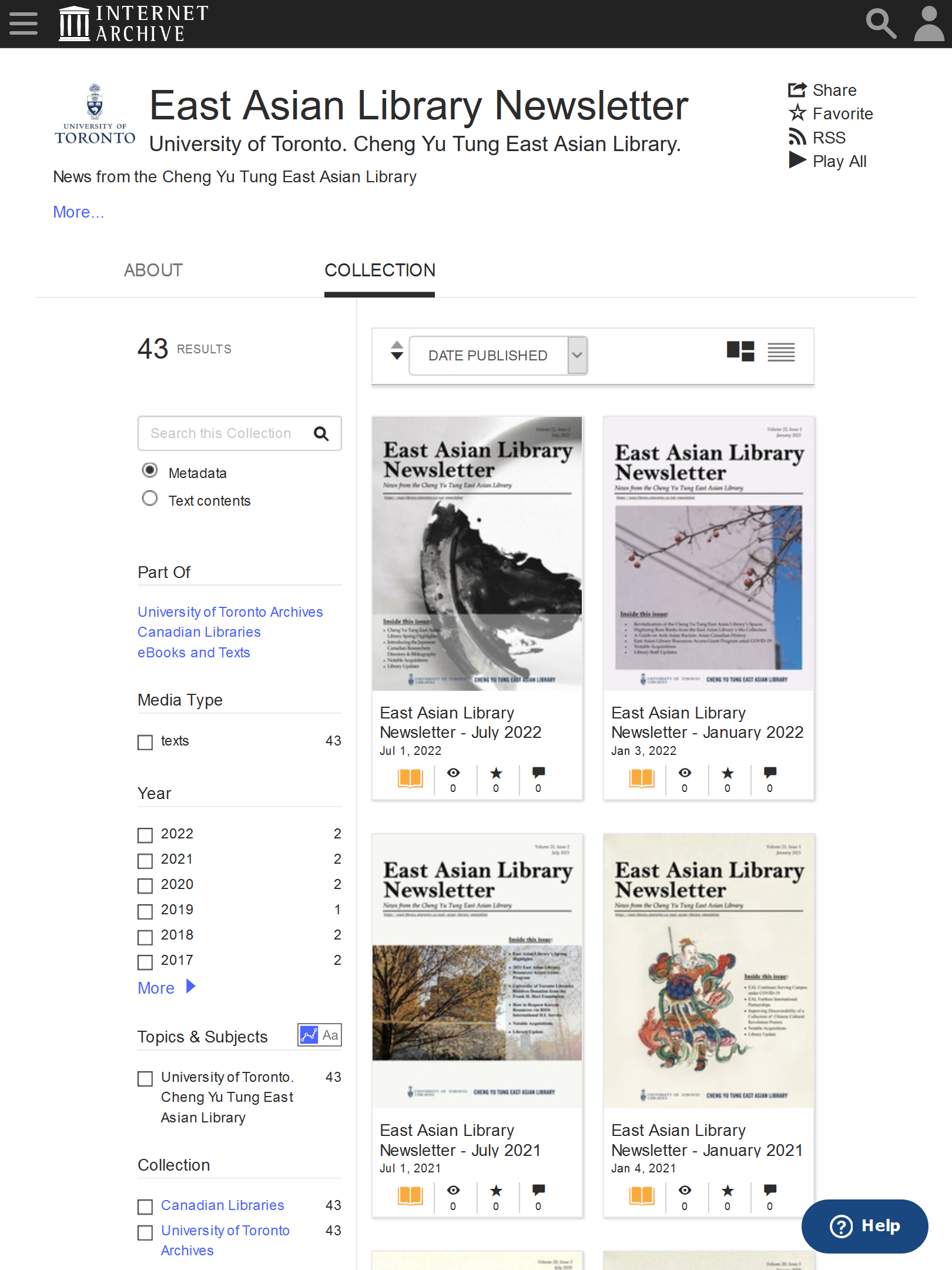 In September 2000, the Cheng Yu Tung East Asian Library published its first newsletter to share news about library services, resources and programming with the University of Toronto community and external community. The Library has published newsletters online and in print since. With support from the University of Toronto Archives and Records Management Services, this collection of library communications is now available for online access in the Internet Archive. The collection on the Internet Archive will be updated every two years.