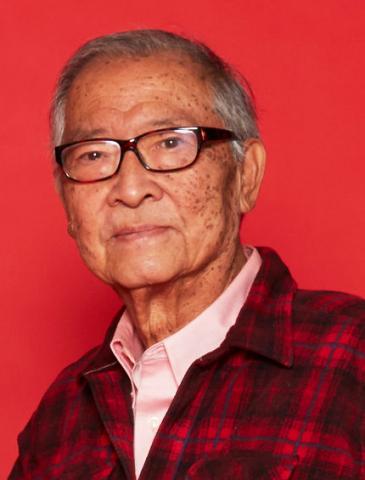 The Cheng Yu Tung East Asian Library community is saddened to learn of the passing of Dr. Raymond Wei-Hsing Chu (朱维信) who for close to 40 years until 2000 first worked as the first Head of the East Asian Library, and later as a Professor of Chinese in the Department of East Asian Studies. He passed away on November 27, 2021.

In September 1963, a professional librarian, Raymond Wei-Hsing Chu was appointed to head the East Asiatic Studies Library (the former name of the Cheng Yu Tung East Asian Library) to head library operations as the library became part of the University of Toronto Library system. From 1963 to 1974, under the dedicated leadership of Professor Chu, the East Asiatic Studies Library was able to greatly strengthen its collection in support of modern China Studies. In 1974, he moved on to take up a full-time teaching position at the Department of East Asian Studies. Among numerous publications, in 1973, he co-authored “The East Asian Library Collection in the University of Toronto” in Pacific Affairs. Professor Chu made an essential and lasting contribution to the development in the early foundational years of the East Asian Library.

He was a Professor Emeritus in the Department of East Asian Studies at the University of Toronto.

Please keep Professor Chu's family, friends and colleagues in your thoughts. We extend our deepest condolences to Professor Raymond Wei-Hsing Chu’s legion of students and admirers, as well as to his family.

If you would like to learn more about Professor Raymond Wei-Hsing Chu’s life and legacy, please read the obituary written by his family.

PROFESSOR RAYMOND WEI-HSING CHU 1936-2021 Passed away peacefully on Saturday, November 27, 2021 with family at his side. He was predeceased by his dear wife of 51 years, May Hue-Ching Chu (née Chen). He was the much beloved father of Yen Chu Hauck and Dr. Robert Wei Chu, father-in-law of Jodi Campbell Chu and Dr. Gerd Hauck, and YeYe of Madeleine, Abigail, Oscar, Albert, Dr. Berte, and Otto. Raymond will also be lovingly remembered by his many nieces, nephews, students and friends. Born in Shanghai, Raymond immigrated to Toronto in 1960, where he found his longed-for home and thrived in his academic career at the University of Toronto, Department of East Asian Studies, until his retirement in 2000. He had a passionate, yet slightly masochistic relationship with golf and enjoyed classical music, jazz, the outdoors, and travelling the globe with family. Raymond was always happy to share his copious knowledge of Chinese culture, history and politics with any willing set of ears. He was selfless, gentle, thoughtful, genuine, modest and wise in equal measure and will be intensely missed.

For a Memoriam prepared by the Department of East Asian Studies, University of Toronto, please visit https://www.eas.utoronto.ca/news/memoriam-professor-raymond-wei-hsing-chu-1936-2021.