Our sincerest gratitude for the generous donation from the Frank H. Hori Charitable Foundation 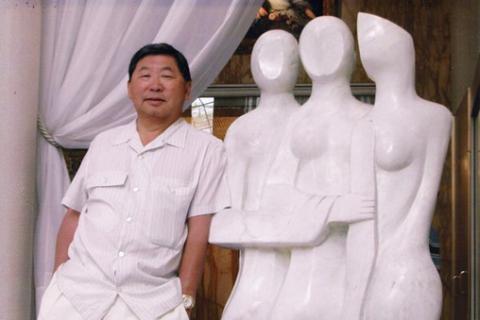 The Cheng Yu Tung East Asian Library would like to express its sincerest appreciation to The Frank H. Hori Charitable Foundation for its generous gift of C$45,000.

As the University of Toronto Libraries continues to collect Japanese Canadian archival materials, the funds are dedicated to the hiring of a contract archivist, who will work exclusively on organizing and providing access to the growing collection.

Frank was born in Vancouver, British Columbia, to Haruye and Zenya Hori, originally from Shiga-ken, Japan. They were merchants of Japanese goods on Powell Street, at the centre of the city’s Nikkei (Japanese) community. Frank and his seven siblings grew up in a home filled with love, warmth, and the camaraderie of family and many Japanese friends.

During the war, the Hori family was sent to the Slocan Internment Camp (Bay Farm) for a two-year period, where Frank attended a makeshift school. Eventually the family relocated to Regina, where he attended Regina College before moving to Montreal. He attended McGill University from 1951 to 1954, studying accounting and business.

Frank always remembered the funding support provided by his siblings towards his post-secondary studies.

Frank launched his 30-year career with Premium Forest Products, a Toronto-based door manufacturer, which was renamed Premdor Inc. when Frank and partners purchased the company. In 1986, Frank was instrumental in leading the company to public ownership with eventual international opportunities. He retired as Executive Vice-President and CFO of Premdor Inc. and as Vice-Chairman and Director of its subsidiary, Masonite International.

Frank was a highly proficient individual with a stellar acumen for business.

During his retirement, Frank acquired various real estate properties and became a world traveler and a philanthropist with a deep passion for his cultural roots and heritage.

In 1999, Frank established The Frank H. Hori Charitable Foundation to promote his philanthropic ideals for Japanese culture; a caring society; post-secondary learning; the honoring of meritorious Canadians of Japanese ancestry; as well as charitable endeavors in general.